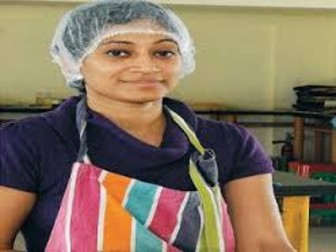 
How's Your Community Doing?
Check Out it's
Community Vital Signs
Free Transportation From Anywhere in the Mississippi Delta to a Vaccination Location
Foundation: Community Foundation of Northwest Mississippi

The Cumberland County Committee of the Maine Community Foundation has awarded $113,174 in grants to 16 nonprofits through the Community Building Grant Program, including two grants to ameliorate the...more

After nearly three years of waiting, the endangered Montgomery Church, where Martin Luther King Jr. was selected to lead the movement for the first time, has received federal funding and has begun to...more

For decades, suburban malls and online shopping had drawn customers away from the beating heart of communities â the shops where residents once congregated, conversed, and consumed. A recent study...more

Four artists and five cultural organizations received a total of $3 million in grants to support Philadelphia's art and culture recovering from the COVID-19 pandemic. The Forman Art Initiative...more

Officials from the Coastal Community Foundation of South Carolina stated that they have provided $685,000 to 37 non-profit organizations led and/or served by blacks in the three-county area to...more

The Cleveland Black Futures Fund is just one step in a long-term process toward the Cleveland Foundation becoming a more equitable grantmaker. According to Keisha GonzÃ¡lez, program manager of...more

After receiving $4 million in funding from the state budget, the construction of the first priority housing project for homeless veterans in Marin County will break ground next year. This funding...more

Social enterprise leaders throughout Europe are urging local authorities to use their powers to help the third sector grow. DuringÂ a two-day European Commission event in Strasbourg, councils in member states are called upon to use a variety of methods to support the sector.