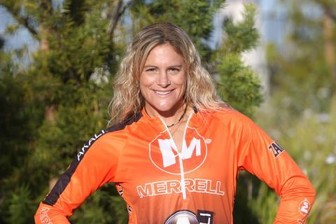 The North State Equity Fund (NSEF) announced last week that letters of interest are now being accepted for a third grant application process for non-profit organizations and groups that promote...more

JPMorgan Chase has pledged $5 billion in "philanthropic capital and flexible low-cost loans" over the next five years. Wards 7 and 8 in Washington, D.C., will receive about $20 million of that....more

In Colorado Springs, a new model that brings together ten powerful grantmaking foundations under one roof is in the works. The Philanthropy Collective is owned and managed by 315 Collective LLC, a...more

The last week of September saw the first prisoner-built home arrive at Muscatine County. Homes for Iowa is a program in which Iowa State Penitentiary prisoners in Newton learn to build homes and...more

The Greater Milwaukee Foundation has provided small business loans to 17 Milwaukee-based businesses, primarily located in three neighborhoods on the north side. The foundation's ThriveOn program...more

The City of Minneapolis Office of Arts, Culture and the Creative Economy has approved funding for 15 artists-led teams to support projects that offer creative healing and support for Minneapolis...more

The Foundation for Appalachian Ohio and the African American Community Fund invite nonprofit and government organizations to submit grants for a program or project serving African American...more

Free Transportation From Anywhere in the Mississippi Delta to a Vaccination Location
Foundation: Community Foundation of Northwest Mississippi

Are Celebrities and Social Enterprises a Good Fit?

Many celebrities such as Lily Cole, Emma Watson and Hugh Jackman have launched their own social businesses. However, professionals from the social enterprise sector arenât that pleased or excited.