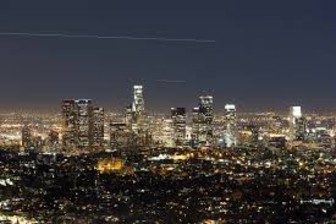 When Ken and Lois Strickler moved to Jamestown, New York, in the 1970s, the husband-and-wife team wanted to give back to the community they loved, so they started the Chautauqua Region Community Foundation, reports the Buffalo News.

Since its founding in 1978, the foundation has awarded more than $13 million in unrestricted funding to more than 100 organizations in the region, which includes parts of New York, Pennsylvania, and Vermont, per the foundation's website.

But the Stricklers weren't just interested in what organizations were doing, they wanted to do it in a specific way.

"We wanted to give back to the community that we loved," Lois Strickler tells the News.

That way, "we could make a difference in people's lives," she says.

That's why, when Ken Strickler died in 2013, he left behind a fund in his name.

The fund, called the Ken and Lois Strickler Chautauqua Community Fund, has given away more than $315,000 since its inception, per the foundation's website.

In fact, the foundation's executive director tells the News, "We are truly thankful for this generous support to expand the capacity of the foundation to fulfill its mission to change the power structures that determine the future."
Read the Entire Article