It Can Impact Anyone: Experts, Community Members Discuss Need For Affordable Housing 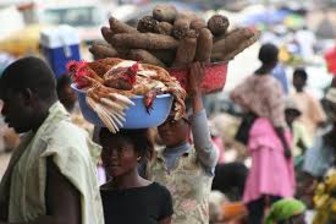 "This is not an aberration. Until we deal with these, we are always going to have this problem." That from Rashad Shabazz, an Arizona State University professor, and housing expert who spoke Wednesday at the Arizona Republic's "Finding Home" event in Tempe, which focused on the state's housing crisis.

The problem, the Republic reports, is that there's simply not enough affordable housing to meet the state's needs, with an additional 270,000 units needed across the state.

In Maricopa County, the state's most populous, 44% of renters are cost-burdened - meaning they spend more than a third of their income on housing - compared to 20% of homeowners, says Ashlee Tziganuk, a research fellow at the Morrison Institute for Public Policy.

"The reality is people are very much struggling on a personal level," she says, adding that renters are much more likely to be cost-burdened than homeowners.

The same opportunity was not accessible to people of color, he said. Allowing housing to be dictated by market-force development has also led to scarcity and a dramatic increase in costs, Shabazz said, creating the acute need for affordable housing that is being felt across the country.âThese two fundamental flaws were always going to lead us to this point,â he said.
Read the Entire Article

It Can Impact Anyone: Experts Community Members Discuss Need...