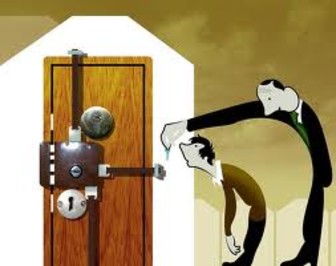 "For black people, there is a double standard," Monica Montgomery Steppe says. "We, as a city and as a nation, are facing it for what it is."

"We want you here because diversity is the strength of this city and home ownership is the power that helps provide the stability the city needs to move forward," said Mayor Todd Gloria at the announcement.

The Wells Fargo Wealth Opportunity Resorted Though Homeownership or WORTH initiative, a $60 million national effort to address systematic barriers to homeownership for people of color, aims to help 40,000 new homeowners of color nationwide by the end of 2025.

"When we heard from the housing commission in-depth detailed knowledge of what some of the barriers were, and comprehensive strategies of how they were going to address those barriers, it became a no-brainer to fund that."

A San Diego Housing Commission Urban Institute study found that black families own just 29% of homes in the city, while Latino families own 35% and white families own 55%. Read the Entire Article