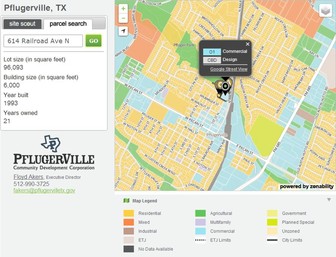 In December, an Atlanta judge condemned the Forest Cove apartment complex, ordering its 210 tenants to evacuate by March 1 and for the complex's owner, Millennia Housing Management, to tear it down by September.

Since then, Atlanta has been scrambling to rehouse them.

As of this week, 159 households had moved out, with the remaining 43 tenants to be rehoused in the coming weeks, Atlanta Civic Circle reports.

The city and a relocation team appointed by Mayor Andre Dickens have identified "all of the units needed to meet the resident needs," says Joshua Humphries, the city's director of housing and community development.

But housing advocates fear larger families could end up in extended-stay hotels due to a shortage of three- and four-bedroom apartments where landlords will accept government-subsidized rent payments, the Atlanta Journal-Constitution reports.

Some of the families who've been rehoused have reported problems with their new homes, including pest infestations and trash piling up in common areas, but the consensus among activists and former tenants is that "almost anywhere is better than Forest Cove," says Humphries.

Dickens announced in March that he hoped to have everyone rehoused. Read the Entire Article